This beautiful car is now sold and resides in France, the new owner Peter loves it!

We went to Boise Idaho and collected this one! If the first image looks cold, it was, – 5c! Taken on a desolate road in Idaho.

We flew into Salt Lake City on the inaugural American Airlines direct flight from London’s Heathrow. A one way rental Ford Explorer (unimpressive) and 360 miles later we made Boise and collected the Electra. This two owner car with just 50k miles recorded is a true time warp example. We cruised effortlessly across Idaho on never ending (it seemed) roads surrounded by snow covered hills and into the town of Winnemucca Nevada. Native American Indian Reservation territory, with more Casino’s than Hotels, Restaurants or Bars. The next day on to California passing by Lake Tahoe and over to San Francisco. It started to warm up, not much, Fisherman’s Wharf that night was real cold. The next day we drove South down the Pacific Coast Highway and it was getting warmer as we cruised some miles. Santa Barbara was bright and sunny. We dropped the car at Long Beach for shipping back to the UK, picked up another rental, a Jeep Compass (boring) and onto LA. We flew back from LAX.

Oh! The Electra? Drove like a dream, effortless cruising with the big 455 ci V8 never stressed, we drove 1200 blissful miles and got a lot of attention whenever we stopped, as if young Americans had not seen a 4 door pillar-less sedan before!

The ‘225’ in the name originally referred to the length of earlier Buick Electras, i.e. 225 ins. This ’73 model with the larger bumpers is 230 ins (19′ 2”) long! Just right for shopping at your local supermarket, where the car park lines are mapped out for not-so-smart cars.

A road trip in the States is just the greatest, especially in a car like this. 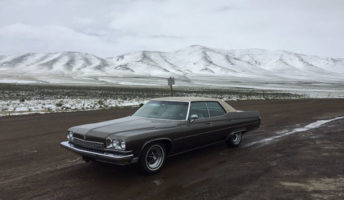 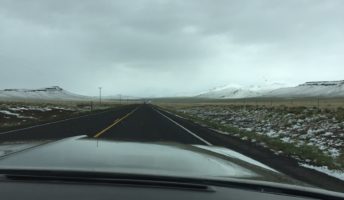 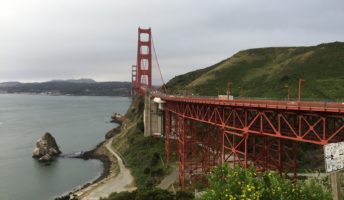 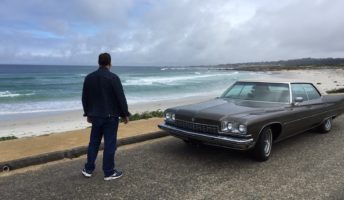 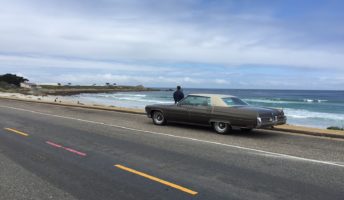 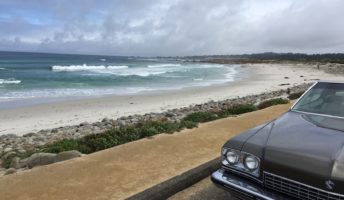 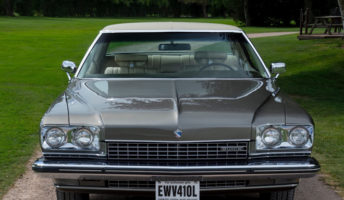 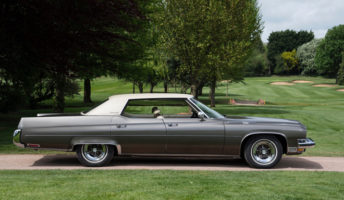 As featured in Classic American Magazine 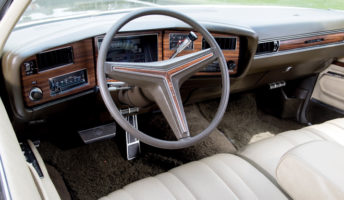