Arrive in this and passers by stare!

This stunning Cadillac was purchased from a Gentleman in New Jersey, as his private collection was getting too large. The car with only 53k miles recorded was subject to extensive restoration whilst in his ownership, a total rebuild was undertaken and we have a large file with all images of the work done. 1970 was the last year for the ‘De Ville Convertible’, after that the Eldorado Convertible replaced it although the ‘De Ville’ name continued for some 30 years. The changes in 1970 included a different grille with smaller slots (so it is actually more difficult to get your fingers in to open the hood, OK, bonnet!) Some pieces of bling were added to the front of each wing and the side lights and wheel trims were changed. The 472 ci V8 was ‘extensively improved’ with 25% less gasketed joints on the engine to help reduce oil leaks. If you look closely you will not see an Aerial mast thru the wing, instead this year had the antenna embedded in the windscreen as a first. (Apparently a lot of owners of 1970 models complained of poor radio reception, I guess that’s progress).

This car is finished in San Mateo red with a ‘medium beige’ leather interior. Surely the Cadillac Marketing Department could have dreamed up something more suitable than ‘medium beige’! But back then ‘beige’ was popular, a few years later they called it Light Buckskin, it was the same colour but that does sound better! If you are wondering what the black/chrome box is under the passenger side of the dash, it is a tissue dispenser…..

Many people would expect this car to handle like a wayward barge, they could not be more wrong, the ride is sublime, not too floaty, and the handling is tight, turn in and it steers without fuss or squeal. The big lazy V8 is smoother than a very smooth thing that is very very smooth, and oh so quiet!

Of course, Elvis had one. 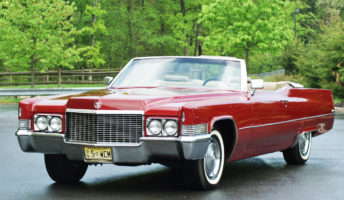 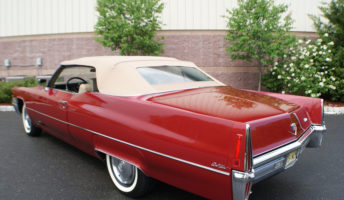 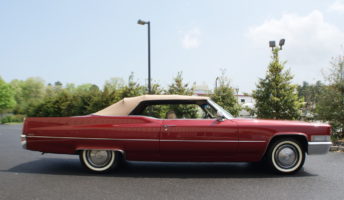 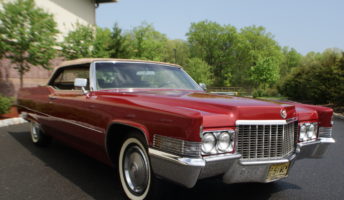 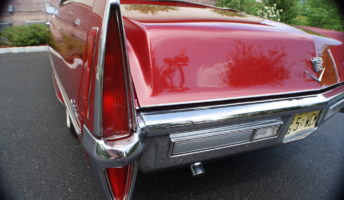 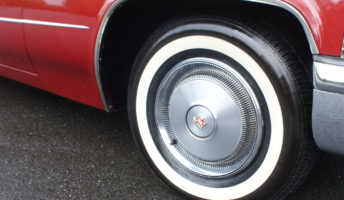 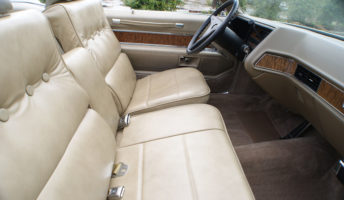 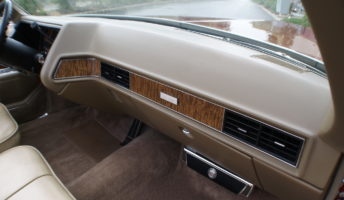 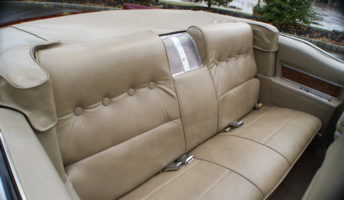 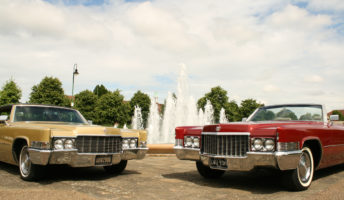