Drive like Kowalski?! Firstly, have you see the film ‘VANISHING POINT’ ? If not, you will not understand the Kowalski thing, so get it on dvd, watch it and enjoy!

The Challenger was Dodge’s answer to the Mustang and Camaro ‘Pony cars’. Introduced in the fall of 1969 for the 1970 model  year it was rather late on the scene, considering the Mustang first appeared in ’64. However, it was soon referred to as “the most potent pony car ever”. Pure Muscle!

Both Ford and Chevy had to beef up, to catch up.

Exterior design was done by Carl Cameron. He based the 1970 Challenger grille off an older sketch of his 1966 Dodge Charger prototype that was to have a turbine engine. The Charger never got the turbine, but the Challenger got the car’s grille design.

The existentialist 1971 film ‘Vanishing Point’ featured a 1970 Challenger with a Supercharged 426 ci Hemi engine. If you have seen the film you will know what an awesome car it is, but the Hemi was a race engine in a road car with very poor manners and would be just a bit too hot to drive here in the UK. We plumped for the 440RT, with around 450 horsepower this car is still something else! With a 0-60 time of around 6 seconds (if you can keep it in a straight line!) driving this Dodge is a challenge, the power is awesome.

From its ‘Prototype Charger Turbine’ grille design to its Pistol Grip Gear Shifter this car on the scale of one to ten of muscle car muscle, is a red hot eleven, finished in red hot red, with a cool black interior. Talking about colours, Dodge had a cool approach, there was Sublime (Richard Hammond had one) Green-Go (Richard Rawlings had one) Plum Crazy and Go-Mango, among others.

No need for music, the sound is like Apollo 11. Our friend Malcolm has just fitted an aluminium radiator to keep it cool, but we still get hot under the collar when we press the loud pedal! 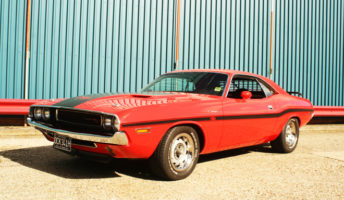 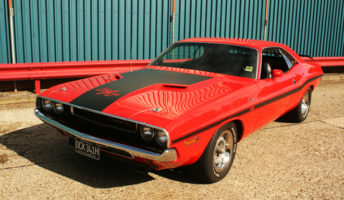 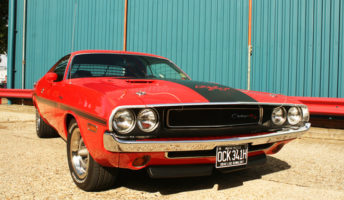 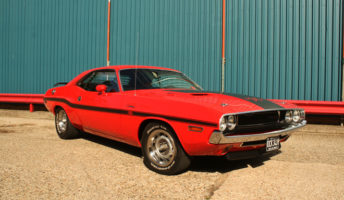 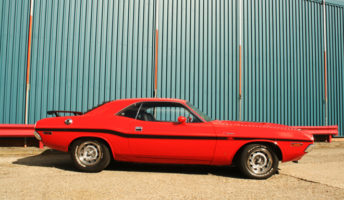 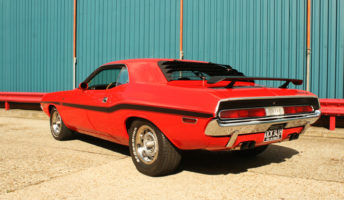 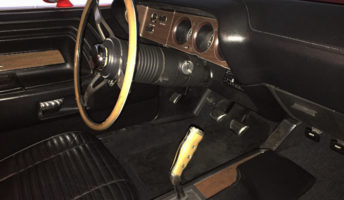 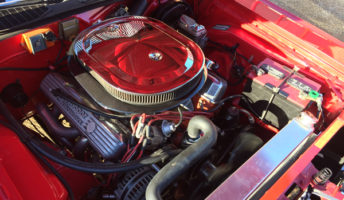 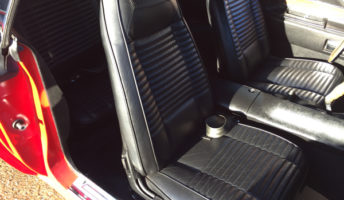