Winner of the ‘Harley Earl Award’ Trophy, Rally of the Giants, July 2022

The Ford Fairlane name was derived from Henry Ford’s estate – Fair Lane, near Dearborn Michigan. The Fairlane name was used on many different models and on the Crown Victoria that first appeared in 1954 and in this guise was only available in ’54, ’55 & ’56. This was truly adventurous styling with its wrap over wide chrome roof bar, (‘The Crown’). A minor styling change in ’56 saw the ‘egg crate’ grille widened into a series of rectangles and oval shaped front parking lights but the major change was Ford’s adoption of a 12 volt electrical system. Strangely, the 6 volt system was still an option, who would want that?

Due to the success of the ’55 Thunderbird, the engines available for the Crown Vic in 1956 were both ‘Thunderbird’ V8’s in 292ci or 312ci, with a manual 3 speed or the Fordomatic 3 speed Auto. This beautiful show winning example is a ‘P-Code’ car and has the 312ci (5.1 litre) V8 and Auto transmission. It also has servo assisted front disc brakes and a 12 volt electrical wiper conversion. Who remembers the vacuum wipers from early Ford’s, going uphill in the rain the wipers stopped!

The ’56 is quite rare, production figures for ’55 were 33,165 and in ’56 just 9,209. The Fairlane models in 1957 were restyled and much larger and the Crown Victoria name was dropped but used again later for years and the ‘Interceptor’ model was widely used by the US Police Forces. California Highway Patrol finally retired their Crown Vic’s in September 2020.

When you look at the styling of this ’56 compared to cars of today, things have got a bit boring don’t you think?

Hailing from sunny Florida this one has air conditioning. A very cool car indeed. 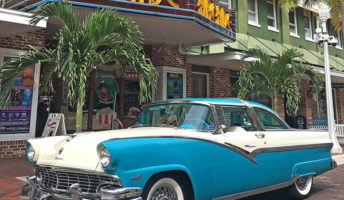 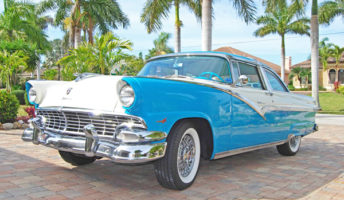 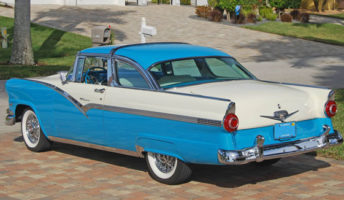 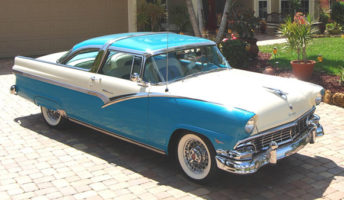 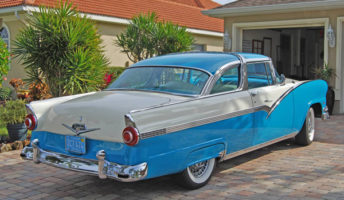 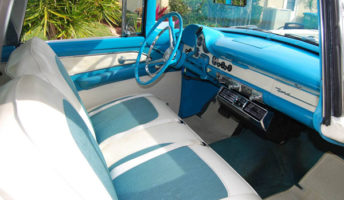 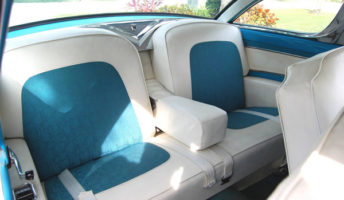 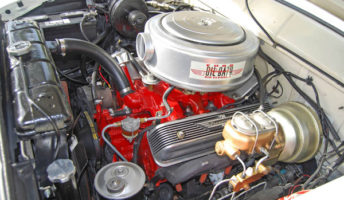 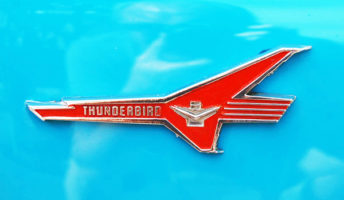