This model was the largest T-Bird ever produced and was known as ‘a sibling to the Lincoln Continental mark IV’. No surprise then that this had the Lincoln-Mercury 460ci V8, (7.5 litre) 3 speed Cruise O’Matic and Lincoln suspension. Although it did weigh 188kg less than the Continental at 2,200 kg.

Changes for 1975 and carried over to 1976 included 5 mph rear bumpers, full width tail lights and the coolest reversing light ever seen! See image below. The ’74  had a warning buzzer if both seat belts were not fastened, that feature was dropped on the 1975 model as buyers hated it! (The answer to that was simple, fasten the seat belt!) 1976 saw the introduction of front cornering lights and a search feature on the FM/AM radio.

Less than 800 were produced in this colour combo of Polar White and Dark Cranberry, so it is quite.

This example is a low mileage car, original and excellent condition, smooth, quiet and comfortable, just like a Lincoln! 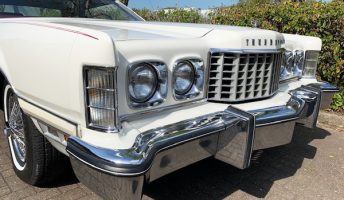 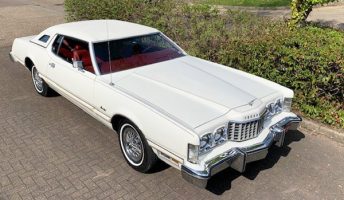 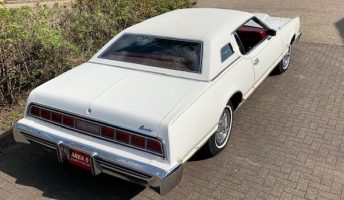 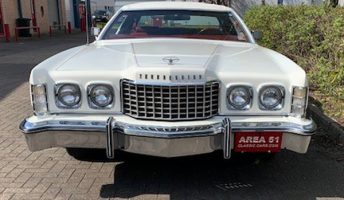 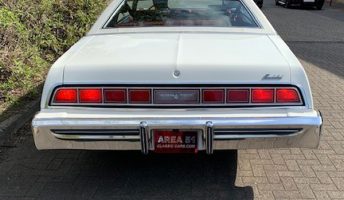 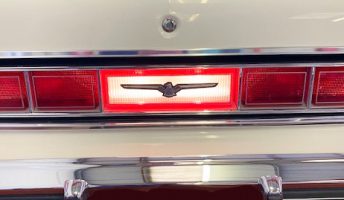 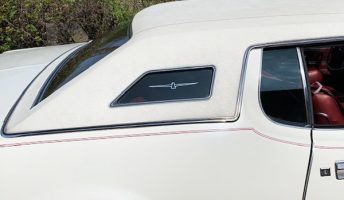 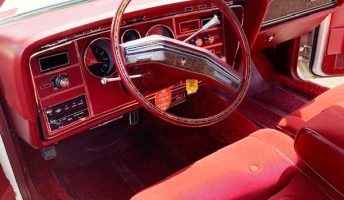 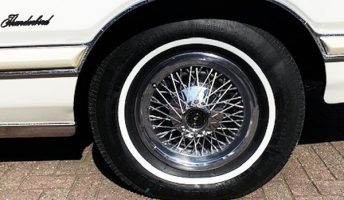