The pinnacle of luxury and prestige.

In 1974 The Mark IV retained the traditionally ‘’long hood, short deck’’ coupe proportions of the Mark III along with its ‘Continental Spare Tyre’ rear styling. The spare wheel was actually stored on a ledge in the trunk on top of the fuel tank. In 1973 ‘5 mph’ front bumpers were introduced and ’74 saw the rear bumper get the ‘5 mph’ fitment. Useful perhaps when parking a car that is a bit longer than a Prius but parking was better left to the valet. Quite sensibly, the tail lights were moved from the rear bumper to the bodywork.

Carried over from the Mark III was the 460ci Ford 385 series 16 valve V8 engine, also known as 7.5L-4V, the ‘4V’ was reference to the 4-venturi Autolite carburettor. Yes, the 7.5L is 7500cc, quite sufficient. This whisper quiet motor was coupled to a Ford C6 three-speed automatic transmission.

In the market sector of such Luxury cars, performance was not so competitive, the emphasis was on, well, luxury. That said, this 2.4 ton automobile could still waft along at 120 mph. At the time, no other ‘personal luxury’ models were truly six-passenger vehicles, except the Cadillac Eldorado.

All Mark IV’s were equipped with a vinyl roof and ’74 saw the introduction of the ‘opera window’ that would be featured on the Mark till 1983.There were a total of 23 colours available in 1974, 13 standard colours, 5 Moondust and 5 Diamond Fire colours. This beautiful low mileage example is finished in Red Moondust metallic with a matching interior and if a picture says a thousand words, then the images say it all. Pure magic.

PS Our apologies for mentioning ‘Prius’ in the same write up for one of the most iconic American Automobiles ever produced. 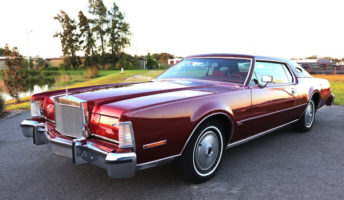 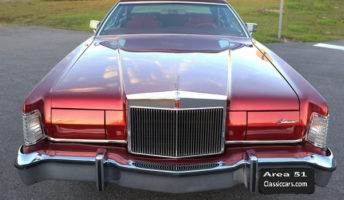 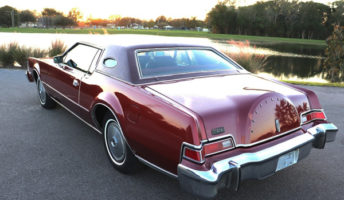 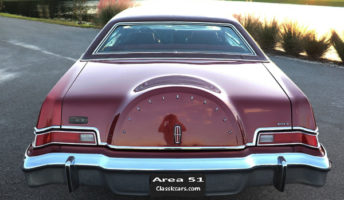 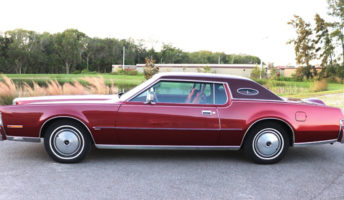 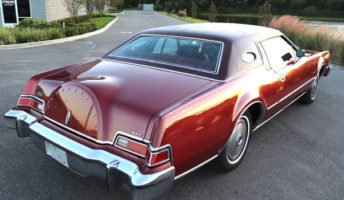 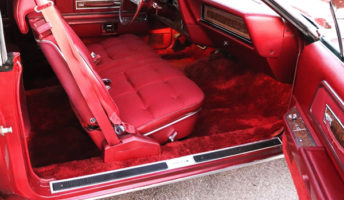 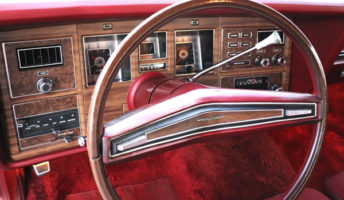 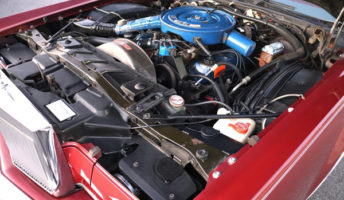